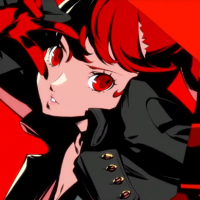 kirant hasn't added any friends yet.

Hopefully it's something more minor.  My understanding of CSF leaks (as little as I've read about them) is that they are mostly caused by defects in the skull.  As you note, most are caused by blunt trauma to the head.  I've never heard the idea that it could be caused by a tumour before.

Hopefully the results turn up negative for cancer though.  Certainly keep us in the loop about how you're doing.

Hey thanks for the feedback guys. Yeah editing it I realized my speech wasn't the best( went radio silence a few times and slurred alot of words) and I need to balance my audio and the games audio better. Could definitely better but gotta be brave enough to publish the rough stuff if I want to get better. I have considered buying a good mic but I don't want to drop $100 and then only use it a few times. Once I get going enough to decide this is something I want to keep doing I'll get one.

Haha...no problem.  You're brave enough to throw it out there and that's the most important part.  Being able to speak, play, and think all at the same time is a tough skill.  The only way to really improve it is to practice it.

Audio wise, I didn't notice too much.  Maybe I've been used to smaller LP individuals, but unless it's notably different (see below, where the voice of Makoto has a notable difference in audio quality from the rest of the cast), I really don't notice it that much.

Spambots are currently being shot in the face by me when I have spare time.  Current rate of intervention needed is about once a week or less.

We should be capable of allowing new registrations as long as some of the "Staff" team is still around.

Also, screw you Blazer.  Now I have to join Twitter

All I've got to say is "Phi!".  The Zero Escape fanboy in me demands that I keep gushing how happy I am that someone else loves that game.

Edit: the poll is now active, but will be added to as more people enter. please do not vote until the entry time is closed(i only put it up already so i wouldn't have to do them all at once later)

Updated it for Elwood's entry.

People have been asking in the Chatbox for me to move some of these posts and keep them for posterity's sake.  So here's one for you guys to keep archived.

While I have no background with most of these individuals, correlating the archived images of the exchange and the comments on the SF topic would yield a similar conclusion to me.  Namely, the individual seemed more sorry they were punished for the action, not sorry for the actual course of events.

since it hasn't really been talked about yet i'm gonna say it. i'm far more scared of pence. he's an experienced politician with the same problems that trump has, and his experience means that he actually knows what he can do with the powers he has.

This is something I've seen discussed a bit in Canada...the world is 1 bullet away from having a president who argued for electroshock therapy for homosexuals.

I would also posit that Trump is more open to many of these points than people think.  He's already backtracking faster than me when I lose my wallet.  No wall, just a fence.  Maybe parts of ACA will stay.  Time to select established politicians.  I don't believe he stated anything blatantly anti-homosexual before running for president and it might become a case that he just kind of ignores the fact that non-heterosexual individuals exist at all.  It's typically been the other candidates and his crowds which were horrible people in that regard.

What I am concerned about with a Trump presidency is that it validates these feelings.  That the homophobic take it as a sign that they were right and it's time to claim back America in the name of all that's good and holy.  We saw it with racists already (to which now Trump is trying to curtail with pleas to stop).  Time will tell if the same will happen again.

I think the only thing that confuses me is the exact portrayal of the character.  There is technically and artistically nothing wrong but I'd love to ask about the character herself as I think FE heavily integrates the portrait with the character's personality.

The image of the character appears as one which is either evil or at best morally ambiguous.  The cocky smirk and typical appearance of a villain give that impression.  She is also somewhat wild and uncontrolled (given by her uneven haircut) but not without some sense of femininity.  The lightness of her clothing would indicate likely a Sniper/Swordmaster class...or something with similar lightness in armour as marching to battle without defence indicates either an elegance in direct combat (as typically fits the swordmaster) or a reliance on ranged warfare.

A technical "annoyance" for me is the right of her lips (her right, by the way).  It seems to cut off too quickly.  Not sure if it's worth trying out, but a single extra pixel or two to represent that fight side might give her a more natural look.

Something that "bugs me" is the exact nature of her right shoulder.  On our bottom left, the colour of the sleeve becomes too close to the colour of her hair and it becomes awkward for my brain to interpret what is what.  A similar issue exists on her left hair (which comes down the front); it's difficult to discern exactly what is hair and what is collar.

The only REAL oddity in my mind is the colour choice on the shirt.  The back of the shirt is for some reason pink (see - the neck area).  I would traditionally expect a darker blue in that spot as this is the inside of the shirt and rarely do shirts have that reversible nature where the interior of the shirt is different colour that the exterior.

In an interesting experiment to determine my level of sanity, both parts of Danganronpa 3 at once.  Surely this time they won't kill off everybody I could possibly find intere--

Well, I'll be in the corner crying again.  This is the worst game of Mafia ever.

Edit - you know, Zero Time Dilemma is apparently finally being delivered to me tomorrow. I think I might be emotionally comatose by the end of all this.

Pillars of Eternity is pretty much one of those Baldur's Gate-like RPGs of old, only a lot prettier and with a better UI, which means it can be a very nice experience, I think you should try it, whenever you have the money/time. Loading takes a little longer than it should, though.

Just to add onto this - it's a game where you can pretty much write everything you'd want about the character.  It's very much about the "role playing" part of an RPG.

Also, FUCK splitting this game, and adding Revelation as a DLC. I hate the video game industry. Remember when games were just given to you complete, well made, with no extra

For some reason, I'm hearing one of those stereotypical anime rich lady cackles while looking at that gif.

So powerful, it's a viable weapon.

#126973 Then there was sadistic, crazed laughter

Comparing to Sailor Moon Crystal, this is golden. I don't know what y'all are talking about "bad animation."