Ok, time for me to quit messin' around with my so-called "hacks." All I ever do is just mess with stuff in nightmare and tweak a few weapon icons. I want to do a full fledged hack already!

I'm making this thread because, well, I'll need some help. And by help I mean advice. I wouldn't want anyone to take the time to do anything for me, unless absolutely necessary.

I plan on using FE8 as the platform, because there's no forced tutorial, and I just like it in general. I've played a few good Sacred Stones hacks before, so it definitely looks doable.

EDIT: Also, and this just occured to me, but FE8 is perfect for this hack, because I was already planning on adding two twin characters of mine, and Eirika and Ephraim are twins, so there's my two main characters besides Caitlyn~ Not to mention the twins have two preferred weapons each.

Now, to get to the nitty-gritty here.

I include that last one because I want to import Lyn's Blade Lord animation. I already have concept art drawn of two characters (below) and I drew one in Lyn's outfit. I've decided she'll be a bit like Lucina; she's emulating a legendary warrior of lore.

One thing I want to add in, is the addition of more "preferred" weapons, that is, weapons locked to one person. The story I have in mind will re-use a concept from Genealogy of the Holy War; characters will have holy blood, and will be the chosen wielders of weapons such as Mystletainn and Tyrfing. I want to implement all of the weapons from Holy War, but have them locked to their chosen wielders only, so that they are usable without having an S rank in a weapon. If it's not doable to make that many preferred weapons, I'll settle on making the 8 sacred twins locked, if THAT is even possible.

EDIT: Also I'd like to use the Aircalibur animation for an Elwind spell. Is there a way to fix the bgm bug that comes with it? Also, can you recolor pre-existing animations? I'm thinking of using Fenrir's animation for Falaflame, but for it to make sense, I'd need to change it from purple to red.

I can already foresee that this will be a slow process, since I'm bogged down with school, but this urge to make my own hack has been gnawing at me for awhile now.

Before you say this Blazer, yes, I know you have an "ultimate tutorial" published around here somewhere. I've referenced it before when doing weapon icon editing. But, I know that tutorial is somewhat old by now, and I'd still like any available advice that may not be covered by that tutorial.

If all goes well, I can post a teaser patch of the prologue chapter for critique in a few weeks. 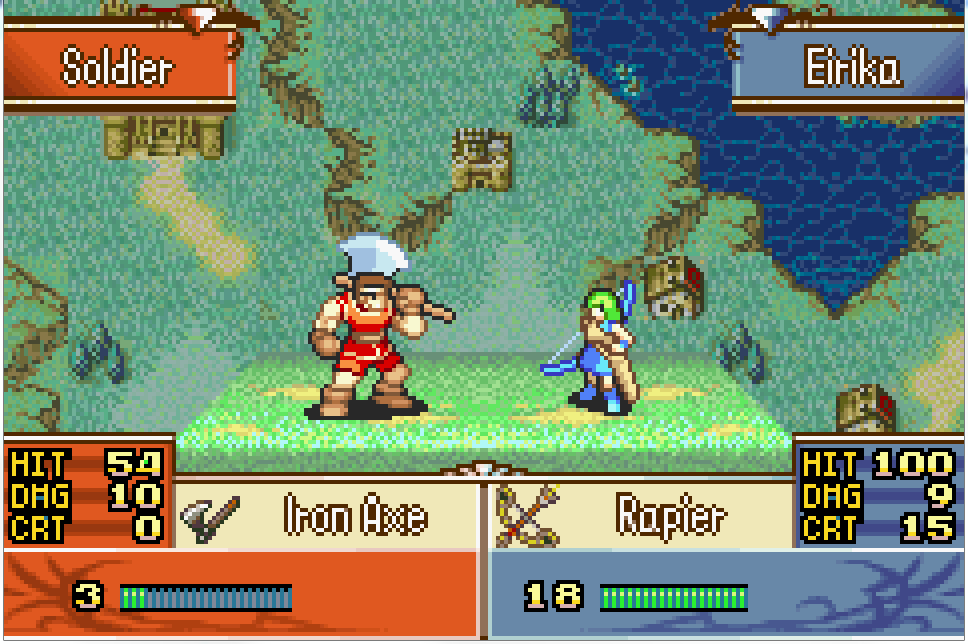